President Obama’s U-turn on his decision to veto the NDAA bill is human rights tragety.

Tweet
The latest uncovered documents detailing the outline of the FEMA police state as it looks for detainment camp contractors.

Human Rights Watch has labeled President Obama’s U-turn on his decision to veto the NDAA bill, which empowers the government to indefinitely detain Americans without trial, a “historic tragedy for rights,” but should we really be surprised given the fact that it was Obama’s White House which ensured language that would have protected U.S. citizens was removed from the bill in the first place? With the House passing a revised version of the bill last night and the Senate set to follow, Obama could sign the legislation into law before the end of the week after the White House dropped its threat to veto the National Defense Authorization Act, which under Section 1031 empowers the government to arrest Americans and hold them in a detention camp with no legal recourse. 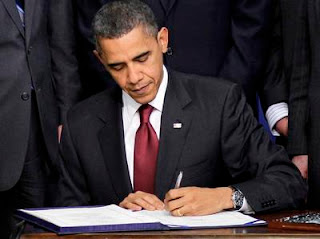 “By signing this defense spending bill, President Obama will go down in history as the president who enshrined indefinite detention without trial in US law,” said Kenneth Roth, executive director of Human Rights Watch. “In the past, Obama has lauded the importance of being on the right side of history, but today he is definitely on the wrong side.

” HRW describes Obama’s about-face as a “historic tragedy for rights”. The ACLU strikes a similar tone, warning “it will damage both his legacy and American’s reputation for upholding the rule of law,” if Obama signs the bill. HRW and the ACLU’s opposition to the bill is commendable, but in none of their press releases does it point out that it was Obama’s White House itself which demanded language be removed from the original version of the bill that would have protected U.S. citizens from its most dangerous provisions Obama’s veto threat was never about stopping detention without trial of American citizens, it was about ensuring that the federal government didn’t completely hand such powers over to the U.S. military, and enshrining into law Obama’s unconstitutional policy of targeting Americans as terrorists without the legal requirement to offer any proof.